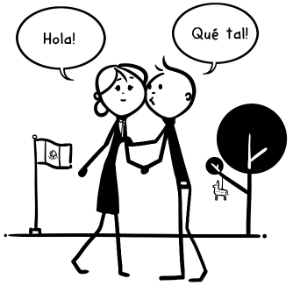 All who like kissing, pay attention! In some parts of the work, kisses are as normal as an American handshake…and it isn’t only amongst “them silly youth”. In Mexico, everyday greetings are sealed with a single kiss to the cheek. “Hola!” says ones, with a kiss; “Qué tal!” says the other, with a kiss in return. In Roman times, kisses in greeting were even more-ahem-explicit: a kiss to the mouth betwixt friends of equal rank was the status quo. Redditors say: eew!

Though those Romans might have had something going, culture has its swings. In fact, kisses were, for a time, a bit of a sin. Yuk. Imagine that: kissing a sin! Good word, then, media must sin with the best of ‘em. Ha!