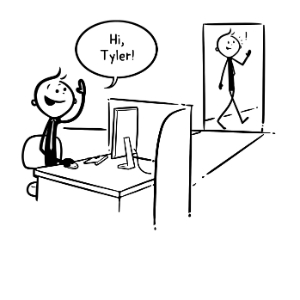 Memory is a cool thing and, depends, in part upon the size of the passages leading to the memory centers of the brain. Proof positive is supplied by D’Affingy (1706) who wrote that “… the passage open and wide by which the spirits ascend up to it and with ease, and without any obstruction, such Men are quick of Apprehension, and their Memory is more happy, and the more susecptable to the Ideas.” (p. 21). Or so that’s what physicians thought, in 1706.

More recently, through their research, Baddeley and Hitch (1992; no relation to Hitchcock, Alfred) believe they identified the nature of short term memory as a “control system with limits on both its storage and processing capabilities” (p. 86) as it relates to LTS (long term store). They also posited that “… working memory plays a part in verbal reasoning and in prose comprehension” (p. 86; it’s a good page!). That would be why I’m going to keep this entry short – so you can remember it!

D’Affingy, M. (1706). The Art of Memory; a treatise useful to all, especially such are those to speak in public. F. Darby for Andr. Bell at the Cros-Keys and Bible in Cornhil. Available online here